Are you neglecting some of the best tech talent?

The struggle to hire great tech talent has been well-documented over recent years, and with Covid accelerating the need for online platforms and bigger tech teams, it’s an issue that will only continue to grow.

There is no one size fits all solution to the problem, no magic bullet to suddenly start finding and hiring the right people; but as a start, businesses can – and need to – stop dismissing talent before they’ve given them a chance.

There is a dangerous assumption, and it’s dangerous for both employers and jobseekers, that the best universities yield the best candidates. As a result, companies select certain universities to recruit from, and won’t accept candidates outside of that bubble.

Now, there’s some truth in saying that you’re more likely to find an array of talent at the ‘better’ universities, but that doesn’t mean that a company’s perfect candidate isn’t sitting in their no pile because of their outdated screening process.

In the first challenge of our university coding competition, UniCode, 11 of the 84 teams scored 100%. Four of those 11 universities that achieved 100% are non-Russell Group.

Then in our most recent challenge, only 17 coders managed to score 100%, with 11 of those individuals being from non-Russell Group universities – including the challenge’s overall winner.

There is so much talent outside of the top universities; they just need a chance to showcase it. Fifteen years ago, when the only way to screen candidates was by sifting through CVs, screening via university may’ve made sense.

But now there are so many platforms and technologies to help manage a company’s process and identify who is *actually* the best candidate, that there’s no excuse to still screen via academic attainment.

Plus, with Covid forcing most companies into remote working, it’s the perfect time for businesses to widen their talent pool, and source candidates from universities they previously wouldn’t have considered; whether it was for geographical reasons or not.

As UniCode is proving, there’s a lot of great tech talent out there; companies need to give them a chance before dismissing their applications.

To find out more about UniCode and how you can sponsor a challenge to engage with our community of student coders, visit https://showx.io/unicode/ 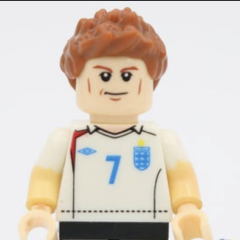